Remember how Bernie Sanders and Hillary Clinton ‘fought mightily’ throughout the Democrat primaries—with Bernie seemingly picking up steam while Team Hillary began to look over its worried shoulder? Turns out ‘the fix’ might’ve been in for months.

“This isn’t in keeping w the agreement. Since we clearly have some leverage, would be good to flag this for him. I could send a signal via Welch–or did you establish a direct line w him?” 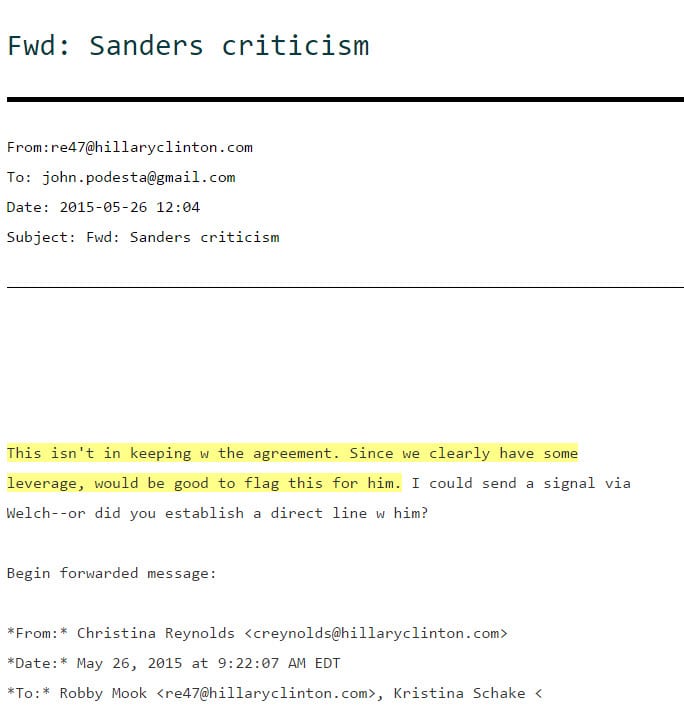 Full email can be accessed here