The Capitol Theatre, which was also known as the Royalty Theatre, is a historic theater in Clearwater, Florida. The theater has a seating capacity of 750 people. The theater is owned by the City of Clearwater and managed by Ruth Eckerd Hall.It opened in 1921 for vaudeville and movies. After it struggled economically it was renamed the Royalty Theatre. It was restored in 1999-2000 and reopened. It was bought by the City of Clearwater in 2008 and run by Ruth Eckerd Hall for acts such as the punk rock group Henry Rollins, comedian Steven Wright and singer Richard Marx. In 2013, the City of Clearwater launched an elaborate $11 million restoration of the theater as part of a broader downtown revitalization. The theater reopened in 2014 to much acclaim and finical success. Since the reopening that theater has played host to acts such as Jay Leno and B.B. King. 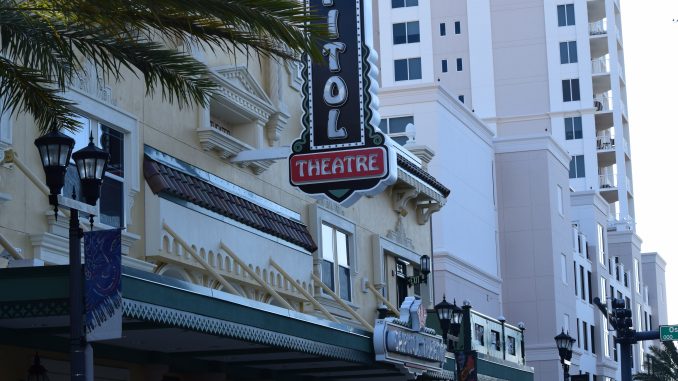