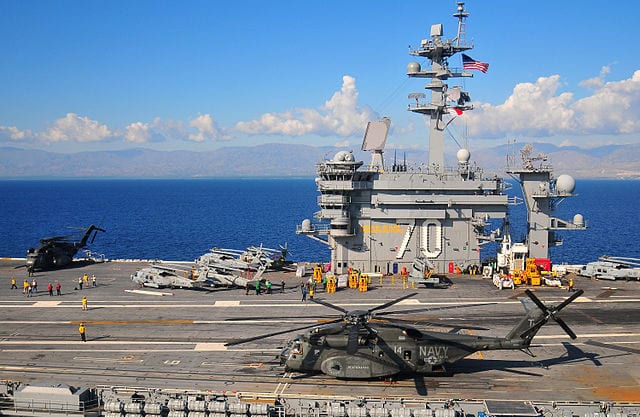 The us military command were sent to the South China sea aircraft carrier battle group. The press service of the US Navy announced that the aircraft carrier Carl Vinson and escort ships “began routine operations on February 18”.

Among the escort ships are only named the destroyer Wayne E. Meyer Arleigh Burke class, the full composition of the group is not disclosed.

Earlier, the US administration has confirmed its intention to protect the interests of partners in the region – namely, Japan. The Secretary of state Tillerson said that the actions of China concerning the disputed Islands in the South China sea invalid. The President of the United States Trump promised Tokyo that Washington will protect the territory under the administrative control of Japan.

Beijing responded by saying that by the end of the Second world war, Japan should return to China all the territories seized illegally.