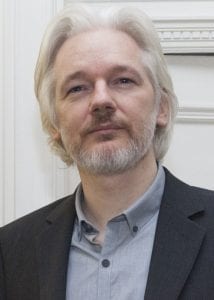 “Our source is not the Russian government,” Assange told “The Sean Hannity Show.”

“So in other words, let me be clear,” Hannity asked, “Russia did not give you the Podesta documents or anything from the DNC?”