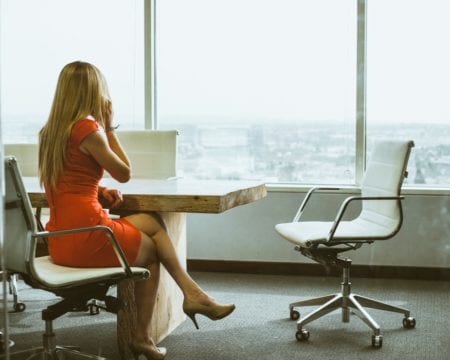 So, what happens to us when we sit in an office chair? In short: the seat leads to obesity, diabetes, cardiovascular disease, changes in the brain and premature death. To such a disappointing conclusion came the scientists, having conducted more than 10,000 scientific studies around the world. By prevalence and destructive consequences for the body, the seat surpasses all known risk factors, including smoking.

Every hour of continuous sitting shortens our lives for 22 minutes and increases the risk of death from diseases by 13% for those who sit from 4 to 8 hours a day, 40% – for those sitting more than 11 hours. These data were published by Australian scientists, analyzing the causes of diseases and death of 222497 people. They were confirmed by numerous studies of scientists from different countries.

Unfortunately, the processes occurring in the body during sitting can not be prevented, even every day practicing in the gym or on the treadmill for 40-50 minutes.
Sitting is not hypodynamia! This is a change in the biology of our body.

Why is this happening?
The main reason is that our bodies are evolutionarily engineered for movement. For two million years, due to natural selection in DNA, the changes that gave the person advantages in survival were fixed.

Say, I was able to escape from the tiger – I continued my family by transferring my DNA to my descendants; not enough speed – your kind has stopped. And this means that all physiological, metabolic processes are adapted for movement, that is, in the moving body they go in the normal way, and in the immobilized body they go pathologically.

How does this happen?
The most active metabolic processes occur in the muscles of the zone “get up and go” – gluteal, femoral, calf. They are the main consumers of food energy for their motor activity. However, from the first minute of sitting in them, electrical activity is turned off and metabolism is reduced to 1 kcal per kilogram per hour. And this means that, regardless of your menu, while sitting you will gain weight. In the standing position this does not happen, the muscles supporting the posture are metabolically very active.

In addition, after eating, the blood sugar level rises to sky-high altitudes. The peak falls on an hour from the time of eating, the decrease is observed for several hours. The body regulates this splash by releasing insulin, which moves sugar, which is fuel, into the muscles “get up and go” and other vital organs.

Such a system of energy delivery is created in order to allow the body to be continuously active after eating. This is written in our genetic program. And if you do not use your sugar, you eventually get diabetes.
This does not happen immediately, but through a series of steps, when the body, trying to dispose of excess glucose, throws out more and more portions of insulin until the tissues stop recognizing it. This condition is called insulin resistance. It is the pathogenetic basis of the metabolic syndrome, which manifests itself:

And this process takes place very quickly – after a day of sitting the effectiveness of insulin is reduced by 24%.

But that’s not all. Scientists from Louisiana under the leadership of Mark Hamilton found that after two hours of sitting, the enzymatic activity of muscle lipoprotein lipase, which seizes fats from the blood, promotes their burning into energy, transforms the “bad” LDL cholesterol into a “good” HDL, falls by 90%. Within a few hours of sitting, the level of “healthy” cholesterol in the blood decreases by 20%, and the concentration of triglycerides grows so much that the risk of heart attacks increases. And Swedish scientists have shown that the degree of risk increases in geometric progression – depending on the length of the seat.

And the last. The human brain has the property of neuroplasticity – the ability to rebuild under the influence of experience. If you sit for a long period, the brain becomes “sedentary” in its structure. Ultimately, this also reflects on the way of thinking – a seated body also generates a “sedentary” mind.

Long sitting is associated with an increase in depression, a decline in cognitive capabilities (memory, attention, thinking, creativity), as well as a rise in blood levels of cortisol – a hormone of chronic stress.
But there is good news. They consist in the fact that if a person tied to an office chair takes the first step – gets up and goes, then the brain, like muscles, begins to adapt already to the movement. Thus, prolonged sitting leads to changes in our biology. We pay for comfort by life itself.