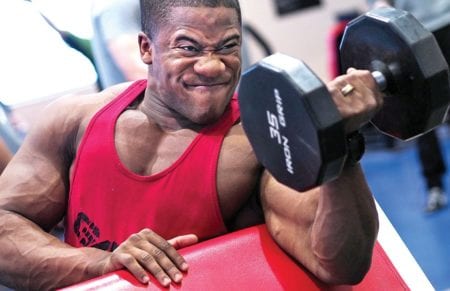 Brand clothing, quality shoes and a good physical shape are the visiting card of any modern business person. And if the first two items can be bought for money, then a smart body needs to be earned. That’s why fitness is gaining popularity. According to various companies that produce sports goods, the increase in income in the industry is more than 25% per year. And this means that it’s becoming fashionable to be healthy and physical activities are part of the daily routine of millions of people around the world. What do we know about fitness? How not to harm your body?

The truth and fiction about fitness classes

Many people believe that the term “fitness” was invented by the Americans. In fact, the history of sports for maintaining a good physical shape is thousands of years old. Of course, the ancient people did not need additional loads – hunting, gathering and later farming and so supported the muscle tone. The desire to have a beautiful body appeared a little later. Most often the emergence of fitness as a separate sporting trend is attributed to Ancient Greece. It was in those early times that the desire for physical perfection became a common philosophy.

The relevance of fitness increases under certain conditions. Most often, a deterioration in health or overweight is caused by a change in your body. Such factors and caused a surge in the popularity of sports in the US in the 50’s. The growth of well-being allowed people to relax, and this led to a sharp jump in the incidence of obesity. According to statistics, in the 60-70s more than 50% of American schoolchildren were unable to pass school sports standards, as they suffered from extra pounds.

Today, there are several dozen types of general physical training. The most popular currents are step, qigong, bosu, half-dance, crossfit, pilates and fitness yoga. The main advantage of such sets of exercises is their availability. Many people study at home at a convenient time for themselves, using techniques that are allowed for free use.

Most often, people choose fitness to improve the state of the cardiovascular system, develop flexibility, build muscle mass or lose excess pounds. And a uniform constant load allows you to quickly achieve your goal.

Contraindications to exercise can be many pathologies of the body. In order not to provoke the emergence or aggravation of a dangerous ailment, it is first necessary to consult a specialized specialist (qualified trainer, medical worker).

Most likely, we will have to give up fitness by people suffering from varicose veins, hypertension, tachycardia, stomach ulcers, pathologies of bone tissue or the musculoskeletal system. It is also better to refrain from physical exertion in certain disorders of the gastrointestinal tract and respiratory diseases.

Myths about fitness
The main enemy of the ideal body is laziness. Absence or lack of diligence often forces a person to seek an excuse for his bad physical form. Such excuses were also sinned by many well-known personalities.

Often untrue information prevents you from achieving the desired result. Therefore, you need to learn to separate the truth from fiction.

1. Fitness classes allow you to eat any food. A similar stereotype was created by the media. Famous actresses and models rarely confess in their interviews that they are on a diet. They tell stories about natural data or the healing power of exercise. But qualified trainers recommend not to get involved in fatty foods or flour dishes, even during intensive loads. It is quite permissible to occasionally indulge yourself with not very useful products, but do it better not more often than once a week. Otherwise, all efforts will come to naught.

2. Without pain, there is no result. There is a popular theory that the next day after doing the exercises must be present discomfort in the body. And the stronger the pain syndrome, the better the training. This is a very dangerous myth. Requirements for the load should be based on individual characteristics of the body. Often the feeling of stiffness or fossil of muscles is a symptom of damage to nerve fibers, and not an indicator of muscle mass growth. You do not need to endure the pain. The optimal solution in the fight against painful manifestations can be a warm bath or sauna.

3. Protein powder and fitness drinks accelerate the build-up of muscle mass. Indeed, many special fluids can increase the intensity of training. They include ingredients that increase endurance and compensate for the loss of electrolytes. But to overestimate their importance is not necessary. Muscles grow by working. Achieve a beautiful relief only with the help of sports nutrition just will not work.

4. To lose weight, do not have to strain too much. Many people for some reason think that excess body weight intensively goes away while practicing at an easy pace. Where did this theory come from? It’s unclear. Doctors say that long, but weak physical exertion will not allow the effective use of fat burning mechanisms. Lose weight can only be changed the balance between consumed and spent calories. Therefore, the load must be noticeably high.

5. Developed musculature is a guarantee of good health. This is not entirely true. Indeed, athletes are in better physical shape than their lazy opponents. But sports can not protect against all possible ailments. Fitness – helping the body on the way to balance, and not a panacea for any disease.

Do not believe everything that you read in the press or on the pages of Internet resources about sports. Often such articles are conceived as advertising of a certain product. If you really want to improve your body, go to the question in detail. The best solution is to consult doctors.