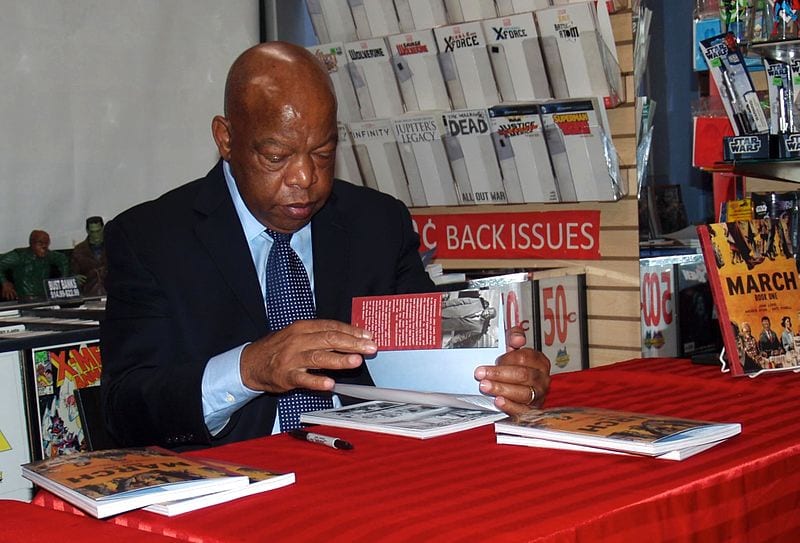 Democratic Rep. John Lewis of Georgia says he doesn’t view Donald Trump as a legitimate president and will be skipping next Friday’s inauguration.

Lewis tells NBC’s “Meet the Press with Chuck Todd” that the Russians helped Trump get elected.

It will be the first inauguration Lewis has missed since he began serving in Congress three decades ago.

Lewis says, “You cannot be at home with something that you feel that is wrong, is not right.”