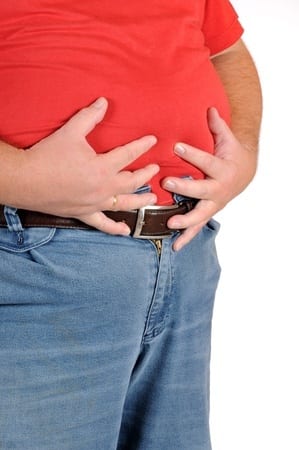 Young adults with a high body-mass index perform worse on memory tests than those who are leaner.

Most of us are well aware of the health risks associated with obesity. Being overweight or obese is associated with an increased risk of numerous other conditions, from high blood pressure, heart disease and stroke, to diabetes, gout and some forms of cancer.

Research published over the past few years shows that obesity also has neurological consequences – it is associated with altered function in, and shrinkage of, certain parts of the brain, particularly the frontal lobes, which are the seat of intelligence, and the hippocampus, which is critical for memory formation. A new study now shows that this in turn is associated with impaired memory function.

Lucy Cheke of the University of Cambridge and her colleagues recruited 50 volunteers aged between 18 and 35, with Body Mass Indexes (BMIs) ranging from 18 (underweight) to 51 (extremely obese), and asked them to perform a computerised memory test called the “Treasure Hunt Task”. This involved moving food items around around complex scenes, such as a desert with palm trees, hiding them in various locations, and indicating afterwards where they had hidden them.