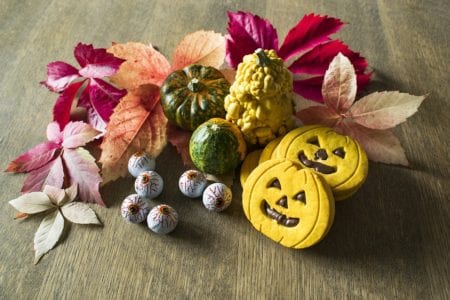 First of all, it is important to understand that the holiday of Halloween is not a modern American holiday, as is commonly believed, but an ancient Celtic holiday, the history of which began in the territory of modern Britain and Northern Ireland. The founders of this holiday were the Scots and the Irish.

In fact, Halloween is the night before the Feast of All Saints Day, in the Catholic tradition – a Christian holiday, a day of remembrance of all saints. On this day, November 1, it is customary to honor all martyrs and church personalities that have been canonized by the church, which had a strong influence on the Christian faith.

The very same holiday of Halloween is secular and condemned by the church.

The origins of the Halloween holiday date back to the ancient Celtic holiday of Samhain, which the Celts celebrated for seven days. The main feature of this folklore festival is to cajole impure forces that gloat at night from October 31 to November 1, rage and frighten people with something supernatural.

Till now in the north of Scotland and Ireland it is accepted to carry out rituals for calm of the dead and to tell at night on October, 31st legends about ancestors, esteeming memory of them thus.

In the 16th century, a tradition of begging for sweets took place on the night of October 31. Children and adults wore fabric masks and went from one door to another, demanding from the hosts a treat and finely shaly. The custom of wearing role suits and carrying a “Jack O’ Lantern” appeared only at the turn of the 19th and 20th centuries, and in exchange for money or food, it was necessary to offer different entertainments. Subsequently, because of the massive emigration of Scots and Irish in the US, Halloween became a favorite holiday for Americans.

History of the name Halloween

For the first time this name is mentioned in the XVI century as a Scottish abbreviation of the English phrase All-Hallows-Even,  in Scottish is read as “Helluvin.”

Symbols and main attributes of Halloween 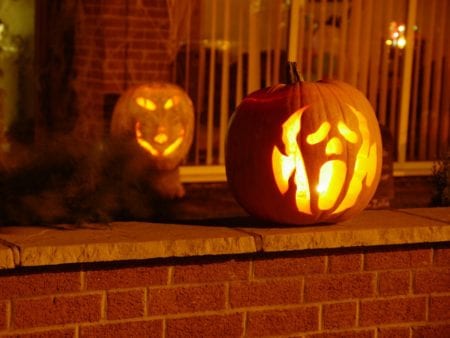 Very few people know, but to cut out the pumpkin fragments and make it a kind of flashlight is a long tradition of the Celts who made special lanterns and put them near the deceased in order to carry the soul of the deceased into the next world.

First, turnips were used for this, but in North America in the late 19th century, a turnip was replaced by a cheaper and more accessible pumpkin.

History of the Jack O’ Lantern

Pumpkin carved in the form of an ominously laughing head was called “Jack’s lamp”. Modern form of “lamp Jack” acquired around 1837, at the same time he received the name. By 1866, he was already firmly associated with Halloween. However, in the United States carved pumpkin long before the popularization of this holiday was used as one of the symbols of harvesting. By 1900, its use during this holiday gradually came into use.

Dress up in evil spirits invented only at the beginning of the twentieth century. Tradition originated in Scotland in the late 19th century, when children dressed in different costumes, depicting impure forces, and wandered from house to house, begging for sweets.

The most important attribute of the costume is a mask.

Now the Halloween holiday is one of the most profitable in the world. Pumpkin, carnival costumes, sweets – the most popular purchases of Americans in October. Families do not spare money for this entertainment article.

Previously, it was customary to wear costumes of evil spirits, but over time the choice became even greater, and now Americans and the British are happy to change into suits of superheroes, nuns, monsters, piarts, etc. 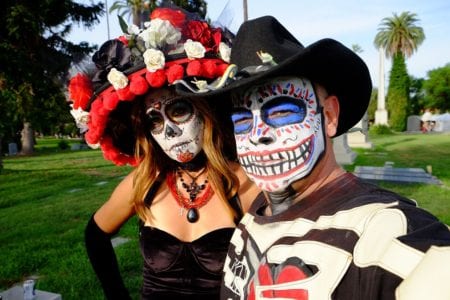 Why We Say “Trick or Treat”

The tradition of dressing up in costumes and walking from house to house, begging for sweets, appeared in the Middle Ages and was originally associated with Christmas. In England and Ireland, the poor from olden times went to their homes and begged so-called “spiritual cakes” on All Saints’ Day (November 1), promising in exchange for praying for the souls of the deceased relatives of the owners.

The term Trick-or-treat was first used in the USA. Literally, it can be translated as a joke or a treat, which indicates a comic threat to harm if the owner does not bring food to the children. It is customary for us to interpret it as a “purse or a life”.

What to do for Halloween

Americans are preparing for this holiday all October. First, you need to buy a lot of pumpkins. One part will go to decorating the house inside and out, and the other part for cooking. In addition to pumpkins as entourage, many candles will be needed, artificial cobwebs, fake mucus and other paraphernalia of evil spirits.

The second part of pumpkin is for cooking. In the US, drinks, pies, porridges and all-everything from pumpkins are very popular at this time of the year. Even in coffee add pumpkin.

Pumpkins choose at special bazaars. The purchase of this vegetable turns into a whole adventure. Children especially like this holiday.

After the house is decorated, it is worth thinking about your outfit for Halloween. You can make it yourself or buy in the store. Everything will do, the main thing is to make a mask that will cover your face.

Then you have to take care of a large number of sweets, that this evening you will be giving away the children who will come to your home.

After all the rituals you can easily go for a walk in the district in carnival costumes, not forgetting to take a special bag of sweets that your children or even yourself, will beg from the neighbors.

This evening ends usually in the family circle during the autumn supper. On the table must be dishes of pumpkin and apple.

Young people come off on this night at various thematic parties and discos.