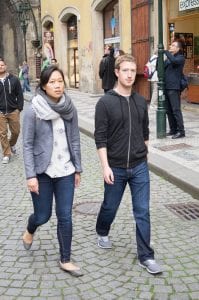 Mark Zuckerberg is no longer an atheist according to his twit: “… I was raised Jewish and then I went through a period where I questioned things, but now I believe religion is very important”.

The Facebook founder, who formerly identified as an atheist, revealed last week that religion has come back into his life in a holiday post.

Zuckerberg’s wife is a practicing Buddhist, which he has taken interest in. He even said a prayer in front of the Wild Goose Pagoda — a Buddhist landmark in Xi’an, China — during a 2015 visit.