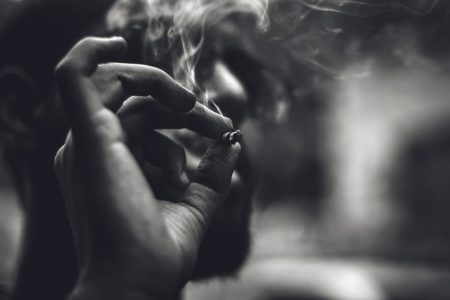 Among the risk factors – smoking is the most common. It can be found in the description of many diseases. Particular attention is paid to the study of the influence of smoking on the state of the cardiovascular system in smoking men and women of different age groups. And the results were disappointing: a bad habit increases the risk of developing heart and vascular diseases.

The role of smoking in the development of heart disease: endothelial dysfunction

Smoking is a proven risk factor for heart and vascular disease. Many studies confirm the destructive effect of tobacco smoke on the walls of blood vessels.

These changes are called endothelial dysfunction; this condition is “fertile ground” for the development of heart and vascular diseases.

Coronary heart disease is the main cause of deaths of young people (men and women) who have a bad habit. Smoking contributes to the development of this disease, causing the following changes in the heart and blood vessels:

The most sensitive to the harmful components of tobacco smoke is the microcirculatory bed – a complex of small-caliber vessels that provide nourishment to the tissues. After smoking a cigarette in young people, a narrowing of venules and arterioles is observed, which is accompanied by a decrease in blood flow to the organ and the development of ischemia. At the same time, the heart muscle receives less oxygen than it normally needs.

The main process in the development of coronary heart disease is atherosclerosis, today the disease is considered as a “lifestyle disease”, where smoking is considered one of the main risk factors for its development.
Coronary heart disease develops faster if risk factors “overlap” —for example, smoking is associated with diabetes mellitus or hypertension, obesity, etc.

Nicotine and tobacco smoke damage the inner lining of the blood vessels – endothelium. And atherosclerotic processes develop faster on the damaged endothelium.

The components of cigarette smoke can affect metabolic processes, in particular, cause dyslipidemia, which plays an important role in atherogenesis.
The severity of the disease is directly dependent on the number of cigarettes smoked per day:

Myocardial infarction, as an acute form of coronary artery disease, is now significantly “younger”. If earlier it was believed that necrosis of the heart muscle develops in individuals after 40 years, today it is recorded in 20-year-olds. And smoking in the development of this disease plays an important role:

Especially hard, and often fatal, myocardial infarction occurs in young people. This is due to the fact that bypassing the circulatory system has not yet had time to develop, the site of necrosis captures a large area of ​​myocardium.

Devidence of smoking and the state of the cardiovascular system

With respect to smoking, there is no established safe “dose”. Even when smoking a small number of cigarettes a day (two-three cigarettes), the risk of developing coronary heart disease doubles, and the life expectancy is reduced by about one year.

Quitting smoking reduces the risk of sudden cardiac death — after a year it is reduced by 50%. And after 10 years, it does not differ from that of a person who has never smoked.

Positively, getting rid of a bad habit also affects the state of the vascular wall – the risk of atherosclerosis in “former smokers” decreases and has no differences from that of non-smokers after just a year of quitting tobacco.
Patients who have suffered a myocardial infarction, especially recommended to give up the bad habit. Indeed, even against the background of treatment, the risk of recurrent myocardium in smokers remains very high.