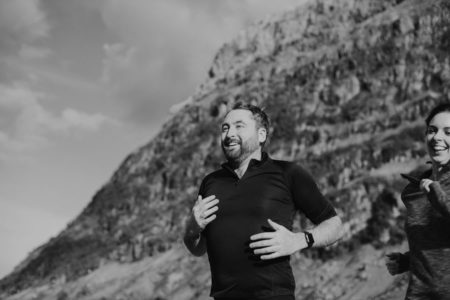 Run slower than walking – is it possible? Slow jogging gains more and more enthusiasts and kidnaps people for physical activity. This training for beginners promises a long life in the best health. The creator of slow jogging is Japanese professor Hiroaki Tanaka. Slow jogging has a significant impact on reducing the risk of incidence of civilization diseases, such as diabetes.

Slow running, or slow jogging
Slow jogging, as the name implies, is slower running training, which is more like a walk than running. Jogging itself, where the average speed is around 3.5 to 4 miles / h, is already considered slow running. Moving more slowly (2.5-3 miles / h) is referred to as “slow running”.

The creator of slow jogging is Japanese professor Hiroaki Tanaka. For many years he conducted research on how specific forms of physical activity affect health and well-being, but also on finding one that will be the best for the average person. The priority of his search was the ease of cultivating it, general availability and beneficial effects on the body.

In part, slow jogging was to be active for people who think that other sports are too intense and tiring for them. This applied mainly to older people.

Slow jogging – rules
The speed of the run should be such that you can easily talk to the other person or hum your favorite songs, most importantly, without any signs of breathlessness or fatigue. During slow jogging, you should see a smile on your face, this is the first rule of this physical activity.

The second rule is putting the foot on the mid-foot. During normal running, the foot falls on the heel, and the next one is completely rolled over the ground. In slow jogging, the foot has to land on the mid-foot, which is considered the most natural setting. In addition, the length of the step taken is about 2/3 shorter than during traditional running.

The third rule concerns the posture of a running person. The silhouette should be straight, the eyes directed forward, and the chin slightly raised.

The breath is completely intuitive and natural, which is the fourth principle. You do not use any complicated and special breathing techniques, you just have to rely on yourself.

The last, fifth principle is regularity. To get the best results, just run 30-60 minutes a day. 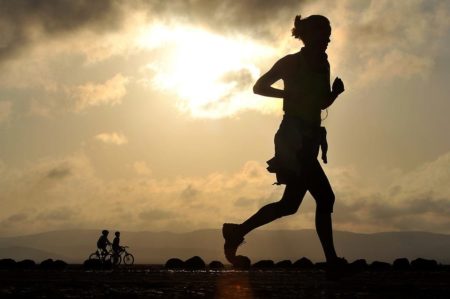 Slow jogging – running and health
One would think that such undemanding physical activity will not bring too many effects. It turns out, however, that the benefits of slow jogging are really great.

It should be mentioned here:

Slow jogging significantly affects the reduction of the risk of incidence of civilization diseases, such as:

During slow jogging you can burn a lot more calories than during a regular walk. The slow running of 2-3 miles burns about 200-300 kcal. The same amount of calories can be lost during a 4-6 miles walk.

An amazing effect of slow jogging is its effect on mental performance. It has been proven (research by Professor Tanaki – the creator of free running) that a specific type of movement can affect the risk reduction. Slow jogging practiced three hours a week for half a year, increases the number of brain cells of people exercising.

It is definitely a sport for people who: